Hector Berlioz’s “Treatise on instrumentation and orchestration” was the first work of this kind ever written, analysing each instrument’s peculiarities and giving information especially useful to composition students. To me, it was particularly important to see what Berlioz thought of the viola.

Berlioz published his “Treatise on instrumentation” in 1843. He was forty and had already written the Fantastic Symphony, his most famous composition, and Harold in Italy, his Symphony with solo viola.

Although he never was an expert player of any instrument, he had become such an expert of all instruments that he could write such a treatise.

Maybe it was just because of this reason that he was always very curious and imaginative about the endless possibilities offered by all instruments. As a student he used to go and ask the Opéra players for advice about technical issues or doubts he had.

Berlioz says that the art of instrumentation consists in the employment of all sound elements (the instruments), to give a particular colour to melody, harmony and rhythm, or to produce special effects. His treatise was meant to indicate the range of the instruments, and part of their mechanism; examine their timbre, their character and range of expression; and study the best-known methods for combining them.

The viola in Berlioz's
Treatise on Instrumentation

About the viola, which he knew well having written Harold in Italy, Berlioz wrote that its

‘excellent qualities have been unappreciated for the longest time. It is just as agile as the violin. Its low strings have a characteristic, husky timbre while its high notes are distinguished by their mournfully passionate sound. The general character of its tones is of profound melancholy and is notably different from that of the other string instruments’

Then he goes on to explain how the old master didn’t write in four parts so didn’t write properly for violas and how viola players were selected from the weaker violinists (and this has continued until Lionel Tertis’ time, at least).

‘the expressive powers of its timbre are so marked that, on the very rare occasions afforded by the old masters for its display, it never fails to answer their purpose.’

Then the treatise includes a number of musical examples taken from works by Gluck (one of Berlioz’s favourite composers), Beethoven, Wagner, providing examples of the use of the viola to achieve different results.

Berlioz’s treatise was later edited by Richard Strauss, who added his own comments and more of Wagner’s musical examples.

Berlioz also lamented that viola players in France often played very small instruments, more like a violin with viola strings, which ‘deprive the orchestra of one of its most interesting tone elements’, and that conductor should absolutely prohibit them. (Again, see why Lionel Tertis was so important for the viola).

With all instructions about viola, as well as violin and cello and all other instruments of the orchestra, I find Berlioz’s treatise on instrumentation very interesting and if you ever want to know something about an instrument I’d warmly recommend it and if you wish you can buy it here in English and also in French and Italian.

Go from Treatise on instrumentation and orchestration to Harold in Italy

Viola-in-music.com is recommended by the Encyclopaedia Britannica under its External Websites section 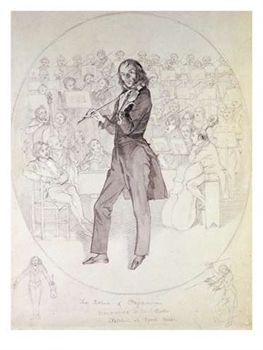 They are in their original keys, so you can play them in sessions with other instruments