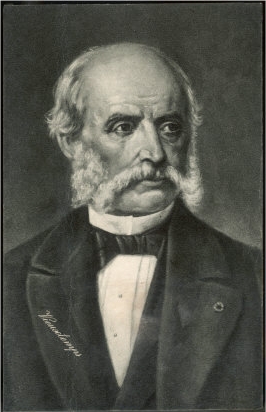 Henry Vieuxtemps is now famous as a violinist and composer of violin music but not many know that he also played the viola and wrote viola music. Click on the player below to listen to and enjoy some of it while you read.

Henry was born in 1820 and died in 1881. From the age of four he studied the violin with his father and De Bériot and by the age of 17 he had already been travelling throughout Europe to Russia.


Praised by Hector Berlioz and other contemporaries both as a virtuoso and a composer, Vieuxtemps appeared in London in 1841 after which he started a world career. He spent five years in Russia as soloist to the tsar and professor of the violin, contributing significantly to the development of violin playing in Russia.

During his career Henry Vieuxtemps also did three tours to America with great success.

By the way, now that we are used to travelling by plane or fast trains it always fills me with further admiration when I read of those performers who travelled such long distances with the slow means of transport they had available at their times.

Vieuxtemps was a fine violist and quartet player and was involved in the organization of recitals whose programmes included the works of Mozart, Haydn and Beethoven, together with Bach, Cherubini and others.

Being also a viola player, Vieuxtemps composed some works of great interest for the viola, which could fit well any romantic music programme, or any programme, actually.

Clicking on the cover or the title you can see the first page of the composition and buy it.

This unfinished sonata is anyway a very good concert work. I like that it does not have that gloomy (although moving) that many romantic viola pieces tend to have.

So, if anyone says there is no viola repertoire, here you have a few more answers.

Buy Vieuxtemps' music to listen and to play

If you want to listen to more of Vieuxtemps music you heard here or wish to play it, here are CDs and sheet music to buy, in addition to those above.