In this Beethoven biography you’ll find some unusual information about this famous composer and his relation with the viola.

The beginning of Beethoven's fifth symphony is one of the most famous pieces of music ever. Indeed he is best known for his instrumental music: symphonies, piano sonatas and concertos with orchestra and string quartets.

His music has even been used politically and now the theme from the last movement of the ninth symphony, the Ode to Joy, is the European Union anthem.

Back to Beethoven's biography.... As it was common in those times, Beethoven was a piano and violin player, although what hardly anyone knows is that he also played the viola and in this page you'll read about his life, his works and how he used the viola in his chamber music and symphonic works. 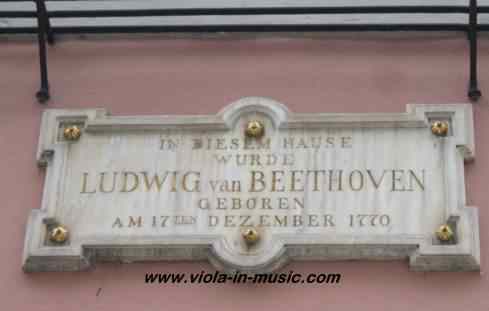 A plaque on the wall of Beethoven's house in Bonn,
commemorating his birthplace
IN THIS HOUSE
LUDWIG van BEETHOVEN
WAS BORN
ON 17th DECEMBER 1770

Beethoven's biography begins in Bonn where he was born, in the house that you can see in this photo, which has now been turned into Beethoven museum. I was in Bonn some time ago and of course went to visit it. I always love to visit famous peoples' homes, to me it's a great way to understand more about them as men. There you can see his musical instruments, original manuscripts, letters, paintings, objects from his everyday life and his viola.

Ludwig, who also had two younger brothers, was the son of a tenor at the court service, who played and taught also piano and violin. Ludwig started very early to take piano and violin lessons from his father and other local musicians and later was given viola lessons. He first appeared in a concert in 1778 playing piano.

Beethoven first important piano and composition teacher was Christian Neefe, who became court organist. Already since 1792 Beethoven (who was only 11) acted as his teacher deputy when he was out of Bonn.The first written mention of Beethoven is by Neefe, in a music magazine in 1783: it is about...

... a boy of 11 years of most promising talent. He plays the piano very skilfully and with power, ... the chief piece he plays is The Well Tempered Clavier of Sebastian Bach... Mr Neefe had nine variations for the piano, written by him..., engraved. ... This youthful genius is deserving of help to enable him to travel. He would surely become a second Wolfgang Amadeus Mozart...

This was Beethoven’s first published work. Through his teacher, Beethoven also worked as organist and "cembalist in the orchestra". This enabled the young composer to hear all the popular operas of the time. He was also enjoying a reputation as a piano virtuoso in the area where he lived. In 1787 he visited Vienna, maybe met Mozart and had a few lessons, but had to go back to Bonn after only two weeks because of his mother bad health, who died soon after.

A series of family misadventures (his father, who worked as a tenor in the court choir, started to drink heavily and therefore couldn't perform his job properly), in 1789 led the young Beethoven, not yet 19, to place himself at the head of his family, composed now of his father and two brothers.

He asked and obtained half of his father’s salary to support the family. Since then, for more than three years Beethoven earned his living by playing the viola in the two orchestras, those of the court chapel and of the theatre, and began to be an active composer, forming a circle of friends from the most respected families in Bonn.

Beethoven's viola and bow are now kept in his house-museum. You can see it there in a cabinet and even listen to how it sounds. They sell a CD with Beethoven's own Nocturne and other contemporary music played on it.

By playing an instrument, a composer would get to know it well and could then decide how to use it in his compositions and sure, by playing the viola in the orchestras, Beethoven did his apprenticeship and later used this acquired knowledge when writing for viola in his chamber music and symphonic works, as we'll see.

Among the friends he had in Bonn, some are worth mentioning briefly. Count Ferdinand Waldstein (to whom Beethoven will later dedicate a piano sonata) and Frau von Breuning, a widow with four children a bit younger than Beethoven. She was to become like a second mother to him.

Beethoven in Vienna until 1800

In 1792 Beethoven moved to Vienna to study composition with Haydn. On leaving, the powerful Count Ferdinand Waldstein, who had become a devoted friend and patron, wished him “to receive Mozart’s spirit from Haydn’s hands”. In Vienna Beethoven began to take lessons from Haydn, Albrecthsberger and Salieri. They commented about his stubbornness and his self-will.

He was introduced into the aristocratic circles and became famous as a piano improviser, performing in private houses, variations on a given theme, although later on he developed a dislike for playing in society. Aristocratic families in Vienna used to spend a lot of money on music and some had their own orchestra or opera company, or at least a wind band or a string quartet, and organised private concerts in their palaces. Regular seasons of public concerts were not common, unlike in London and Paris, there were occasional virtuoso concerts. In 1795 Beethoven appeared at some important public concerts in Vienna as a virtuoso and a composer, playing an improvisation, a piano concerto of his and also one by Mozart. 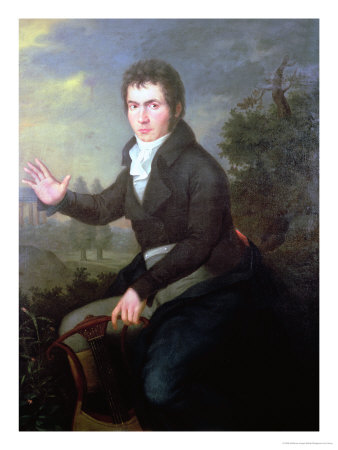 When Beethoven began his career as a piano virtuoso, the piano was not the instrument as it is now, it was in its infancy. Beethoven contributed to its technical development, to the enlargement of its range. He was famous for his cantabile, legato playing.

One of Beethoven's supporters and patrons was Prince Lichnowsky; with him, in 1796, Beethoven went on a tour to Prague, Leipzig, Dresden and Berlin, giving concerts with great success. In Berlin he appeared before the king and played his cello sonatas and cello variations with the king's first cellist.

By this time, Beethoven's two brothers had also established themselves in Vienna. In the following years he published several works, the cello sonatas together with more piano sonatas, songs, the string trio op.3, the string quintet op.4, the string trios op.8 & 9 and more works, including his first set of string quartets, op.18.

Beethoven’s first big public concert in Vienna was in 1800, including his first symphony, a piano concerto and the Septet that became soon very popular. The first symphony was dedicated to Baron von Swieten, who had a large library of music and a passion for Bach's and Handel's music.

Another one among the many early supporters was Nikolaus Zmeskall von Domanovecz who became a lifelong friend. He was an amateur cellist and composer of quartets, who ardently promoted performances of Beethoven’s music. It’s very likely that Beethoven wrote his Duo for viola and cello (click here to read more) "with two obligato eyeglasses" for this friend and himself to play it together. It was written in 1796 but never published until 1912.

Here are some chamber music works interesting for the viola, most of which written during this initial period in Vienna.

Beethoven's 5th symphony, op.67 in C minor, second movement,
Andante con moto
This is a theme with variations, with the theme, at the beginning and in variations, played by violas and cellos

From this time there are interesting letters with the publisher Franz Anton Hoffmeister (also a composer of two viola concertos and viola studies), who was also friend of Mozart's and published some of his works, as well as Beethoven's First Symphony, the Second Piano Concerto, the Septet and the famous Piano Sonata "Patetique".

From Beethoven biography, what greatly impresses most people is learning that he was deaf and yet was able to compose such wonderful music.

Indeed Beethoven was not yet 30 when he realised that he was losing his hearing. He had kept this secret for a couple of years before writing to two old friends of his, in 1801. This was a tragic fact for a musician and very seriously affected Beethoven's profession and social life. In his letters he says that he, by nature a very sociable person, was leading a miserable life, avoiding people, appearing as a misanthrope, not being able to say that he was deaf.

In 1802 he wrote a letter to his two brothers and to the world, the so-called Heiligenstadt testament (after the name of the place outside Vienna where he was spending some time), expressing all the despair of this condition, thoughts of suicide, that only his art withheld him, with the idea of having to complete all he could produce. This letter was found only after his death, and helped to better understand his character.

When he first became aware of his deafness, he was also in love with a young girl, Giulietta Guicciardi, who soon after married somebody else (he never had much success with women and never married). Many experts think that she was the girl for whom Beethoven wrote his Moonlight piano sonata. 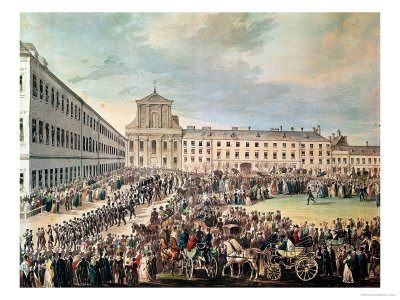 Go from Ludwig van Beethoven Biography to the Home page 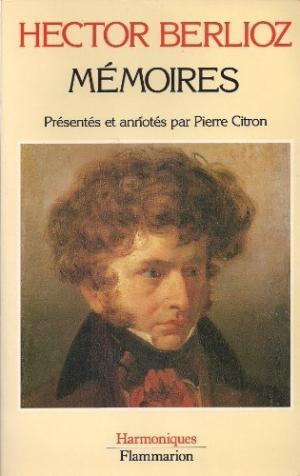 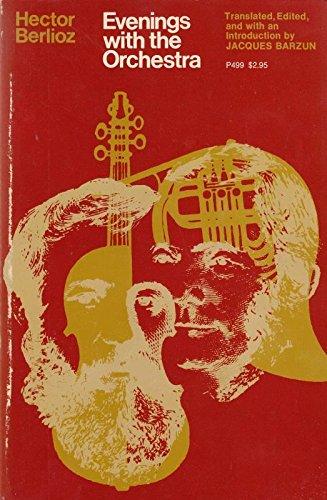 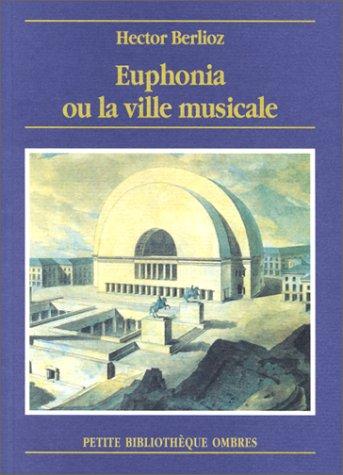 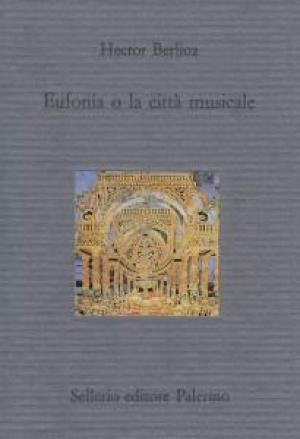 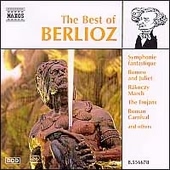 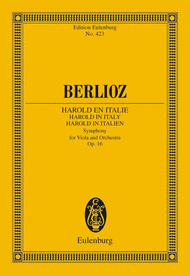 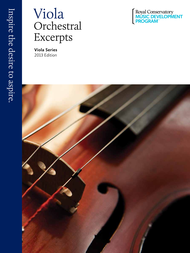 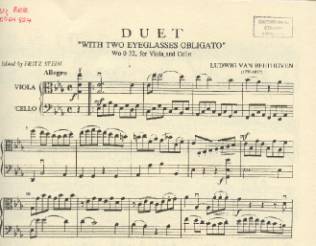 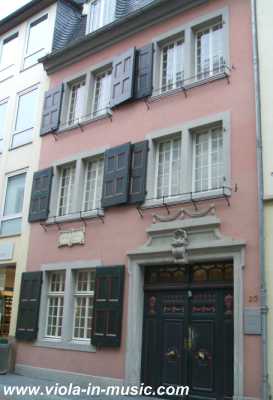 Beethoven's house in Bonn, where he was born and where his viola is kept 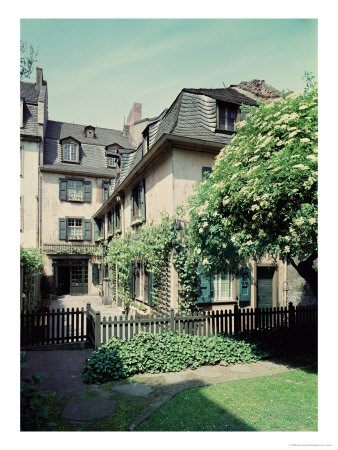 Back of Beethoven's house in Bonn

Berlioz's Treatise on instrumentation and the viola 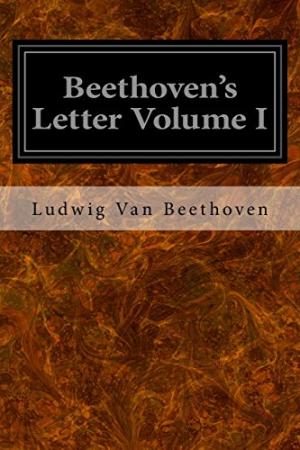 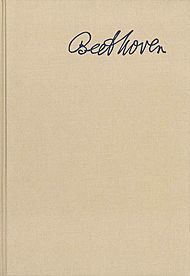 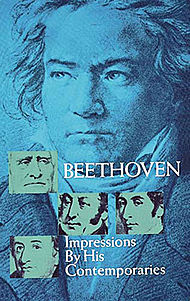