I bet you are looking for Vivaldi viola concerto... Yes, I have seen publications of some concertos. Unfortunately, Vivaldi did not write any viola concertos. What he wrote were concertos for viola d’amore. So, when you see a "Vivaldi viola concerto" it's because some have been transcribed for viola and orchestra, but I personally don’t think they fit the viola well. Just because the two instruments share the name viola it doesn’t mean they are the same thing. 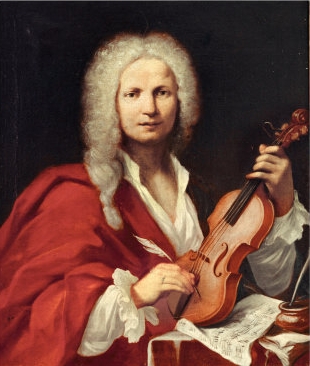 I’d like to say just a very few words about the viola d’amore. It was very fashionable until mid 18ᵗʰ century, a lot of composers wrote for it, including Vivaldi and Carl Stamitz, who was very famous as a viola and viola d’amore player. It has also been used more recently by Hindemith and by Puccini in "Madame Butterfly".

It is similar to the viola but bigger, played in the same way, with usually seven strings tuned A, D, A, D, F#, A, D, PLUS seven or more sympathetic strings, running under the fingerboard, through the bridge. The tuning could be changed for the different pieces and Vivaldi used the tunings of D major, d minor, A major, a minor and F major in his eight concerti for viola d'amore. (You can guess that most concertos were written in D, major/minor). Also, the shoulders are more sloping down and the back is flat. The "f holes" have a different shape, sometimes like a flame. 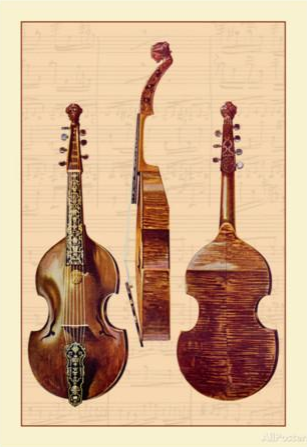 Viola d'Amore. Buy this poster and many more.

These strings resonate and add power and a lovely quality to the instrument tone. The origin and meaning of the name is not clear. Viola d’amore means something like “viola of love” and some suggest that it could refer to the double set of strings, vibrating together like lovers...

This could also explain why most often on the top of the scroll there is a blindfolded head, maybe the blind love.

So, the viola d’amore has a bigger range and, most important, its top string is nearly like the top violin string. If you want to play on the viola what is written for this viola d’amore top string, you end up with playing all the time in the top range of the viola, without having the lovely sound added by the resonating strings and by all those double stops and beautifully sounding four and five string chords that they used to play easily on the viola d’amore, thanks to its tuning.

I think that playing a viola d’amore concerto on the viola is not a big deal, it’s better to play one of the viola concertos, there is a good number of them. Or play the viola d’amore.

Anyway, since you are here, to thank you for your visit and reading up to here, if you want to try and play this as a "Vivaldi viola concerto", click on the following links, you can download for free his concerto for viola d’amore, lute and strings. You can find both the score and parts and the midi file.

In the picture below, in the centre, you can see the church in Venice, Chiesa della Pietà, where Vivaldi used to teach and perform his works. 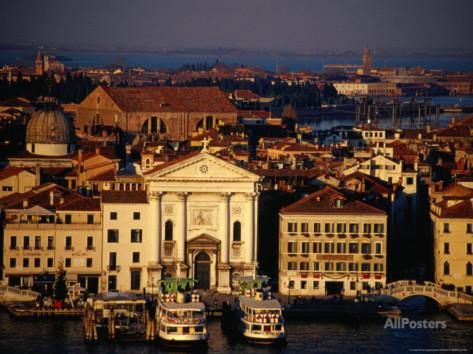 And if you want to know more about the viola d’amore, the following is a very good website. Viola d'Amore Society of America

Find what you are looking for, use this search box

They are on their original keys, so you can play them in sessions with other instruments