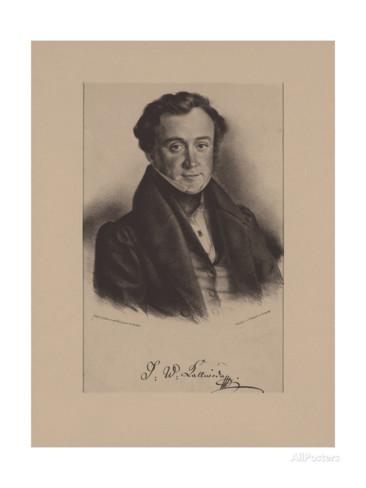 Johann Kalliwoda was another famous violin player who also played the viola and composed music for it.

Kalliwoda was born in 1801, 10 years after Mozart's death and when Beethoven was 31 year old, and died in 1866. at 10 he entered the Prague Conservatorire and five years completed his studies and at the age of 15 joined the Prague orchestra, just before Weber left it. After a few years, he left it to start a career as a solo violinist, visiting Germany, Switzerland and Netherlands.

He married young, at about 21, and then accepted the offer to become Kapellmeister at Prince Karl Egon II von Fürstenberg's court, where he remained all the rest of his life.

There he worked intensely for 40 years. His duties included working as conductor of the court orchestra as well as the opera house, as violin soloist, coordinating the musical activities at the cathedral and also teaching music to the prince's children.

During his activity Kalliwoda organized the performance of operas by Mozart and Cherubini, invited to the town important artists including Clara and Robert Schumann and Liszt. Schumann appreciated his music although predicted that its popularity would not last, as his works were charming but not very deep.

His orchestral music style is half way between the classical and the romantic era, "very nice". Compared to him, Weber, who was 15 years older, was much more romantic and intense.

Nowadays Kalliwoda is almost unknown, although  he composed over 450 works, including seven symphonies, operas, music for piano including concertos, 12 concert overtures, concertinos for violin and other instruments and much teaching material for violin.

Kalliwoda composed some interesting works for the viola,

The Nocturnes are sort of "salon pieces", of medium difficulty, so they can be played also by not too advanced students.

Buy Kalliwoda's music to listen and to play

If you want to listen to more of Kalliwoda's music you heard here or wish to play it, here are CDs and printed as well as downloadable sheet music to buy, in addition to those above.